* In case of any delay in receiving the OTP, you may verify it later. Please proceed without verification.

Enter your City name or Pincode

Devakottai is a a municipal town in Sivaganga district of Tamil Nadu. Located in the vicinity of Karaikudi city it is also close to the Rameswaram on the NH 210.The town is famous for its ancient Sri Meenakshi Sundareswarar temple also known as Nagara Sivan Kovil. 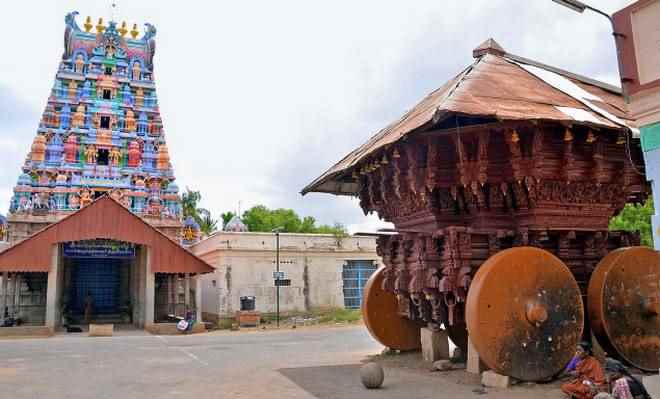 The town is positioned at 9°56'31' in North and 78°49'36' in the East. The avg. elevation of Devkottai is 171 feet or 52 meter. Devakottai experiences tropical climate. The summers here have a good deal of rainfall, while the winters have very little. In Devakottai, the average annual temperature is 28.8 °C. The average annual rainfall is 916 mm.

Devkottai derives its name from “Devi Kottai”(a Tamil word) which means “Fortress of God”. The town actively participated in the independence movement. Devakottai’s municipal court was burned up to ashes at the time of Quit India movement. Due to this reason Devkottai is also known as one of the renowned historical landmarks of the state of Tamil Nadu. The town houses many emblematic monuments and structures.The town now comes under the constituency of Karaikudi, following the rectification of the constituencies. However it falls under constituency of Sivaganga when it comes to parliamentary elections.

The town is famous for its rich cultural heritage. The Nagarathar community plays an exceptional role in the culture of the town. The festival of “Kandar Sasti Vizha” is being celebrated for the last sixty eight years and Kandar Sasti Vizha Kazhagam conducts it at Nagara Sivan Kovil.

Devkottai is famous for Meenakshi Sundareswarar temple. Also known as Sekkizhar Temple, it is situated beside a gigantic holy pond. The Lord and his spouse Meenakshi reside in different shrines with different Rajagopurams. Devkottai also boasts an Agraharam and the residents of the town name it as “Silambani Agraharam”.

The town is located on the NH 210(on the Tiruchirappalli to Rameswaram road). The major rail head close to the town is the Devkottai Rd Rlwy Stn. The nearest airport to the town is located approximately 92 kilometers away from Devkottai in Madurai. One can avail frequent buses within the town. Daily bus services can be availed to reach to all major cities on the Tamil Nadu State.

Both state and local administration takes care to bestow the locals with the basic utility services in Devakottai. The city has been furnishing its residents with a handful of essential services such as gas agencies, post office, police station and a few banks. Following are a few notable services offered at Devakottai.

Comments / Discussion Board - About Devakottai